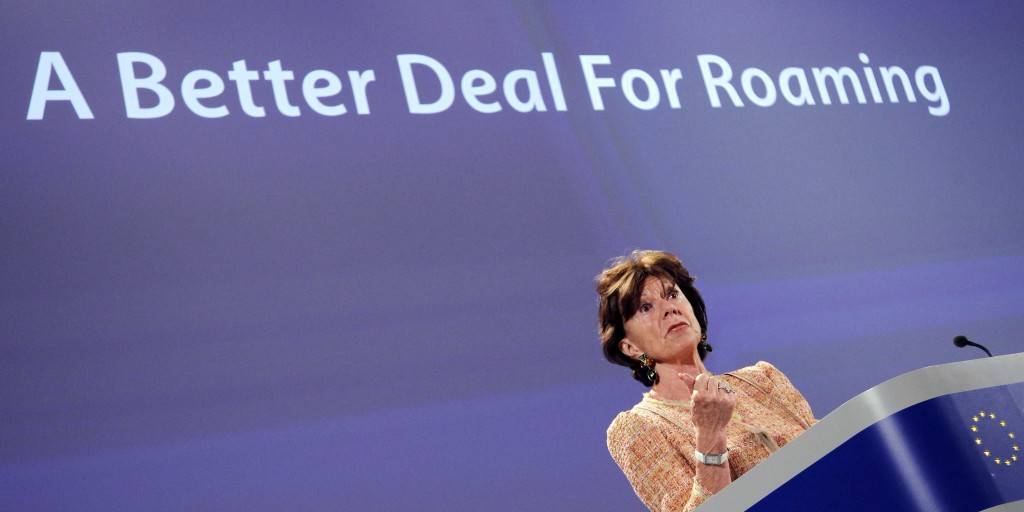 ‘Roaming charges are still a rip off’ – A link found via our eurocommissioner Neelie Kroes. Interesting, do tell.

“Whatever you do when downloading data – surfing the web, sending a Tweet, posting a photo – don’t hook up your iPhone to your Ipad. The data that you download is exactly the same but if you use your devices in this way, your charges will be €5 per megabyte. Thats right, despite an advertised – and mandated – price of 20 cents, a loophole in the legislation allows companies to charge 25 times the supposed maximum. At least, that’s what Vodafone charged this foolish customer on a recent trip to Europe.”

Wow! That’s kinda special. Seems like the EU guideline is being used (i.e. article 15 sub 4) where an exemption is given for so called machine to machine (M2M) applications. It makes sense to exclude M2M from some of these rules, because eventually there is no consumer at the devices buttons. Confusion arises when different governments use different viewpoints for similar cases.

Recently there was a related item in the news: ACM (Dutch regulator) ruled that because of scarceness in the mobile numbering range, SIM-cards for mobile internet only (i.e. tablets, dongles) will need to move to the dedicated M2M numbering-range. But does that make them M2M really? Ofcourse not. Whichever way you look at it, behind the screen of the laptop or tablet is a consumer that is just as easily shocked with high roaming costs. This is most definitely not the ‘spirit’ of the rules. It’s a shame the telecom-sector won’t use fuzzy rules to make a proper example and show that not every telco is a crook, but instead just seizes the opportunity to squeeze the customer for another penny. Maintaining the status-quo, is that really the best we can do?

SpeakUp has always stood for making costs clear and fair toward our users. That means that loopholes, if we finid them, are not to be (ab)used. This is exactly why we created our Roam Like Home offering, so our users really do know what is coming, and they won’t have to feel reluctant to just use mobile internet if (when)  the camping WiFi in France is just being annoyingly slow.